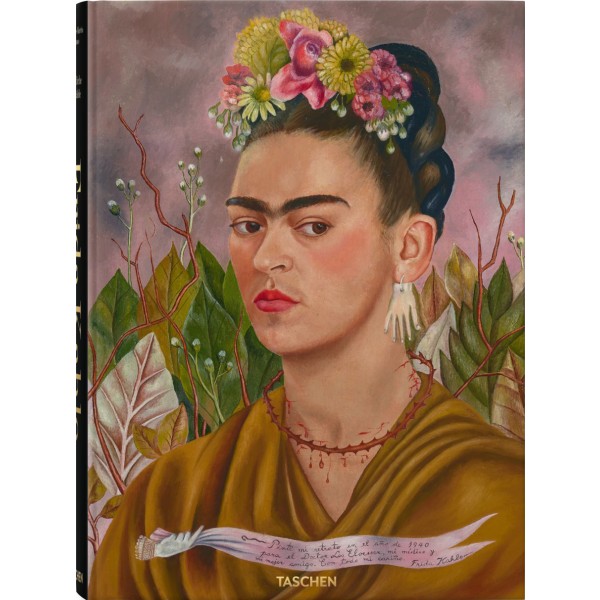 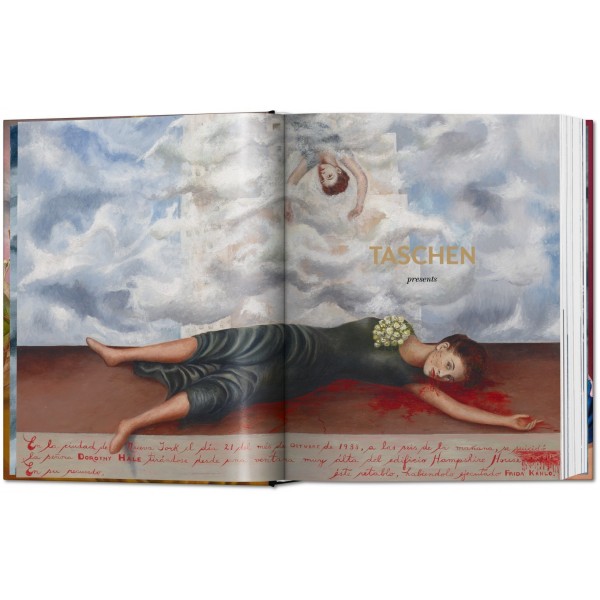 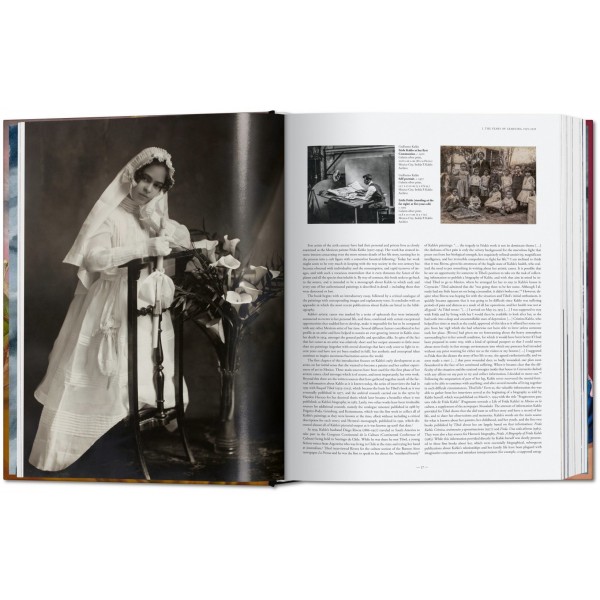 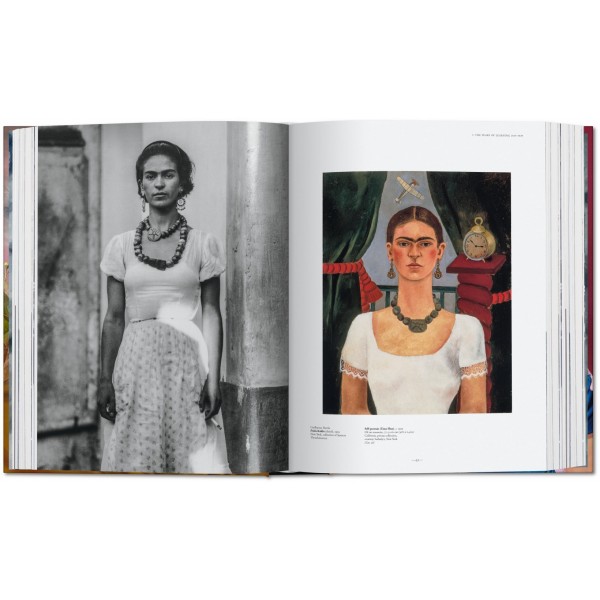 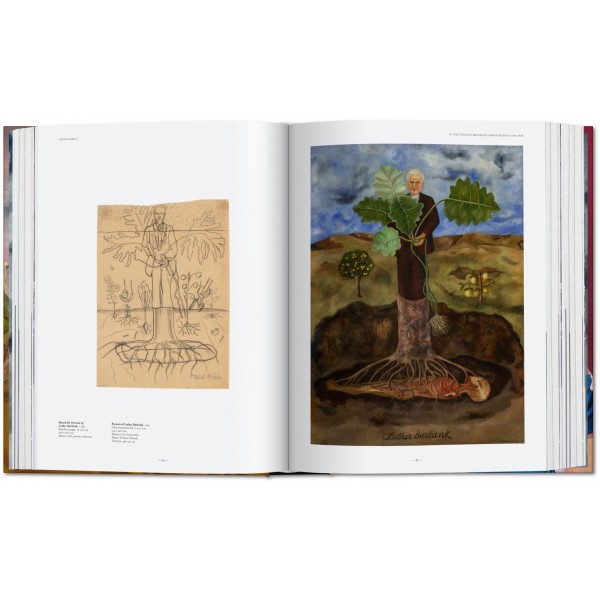 978-3-8365-7420-4
€ 150,00
Omschrijving
Among the few women artists who have transcended art history, none had such a meteoric rise as the Mexican painter Frida Kahlo (1907–1954). Her unmistakable face, depicted in over fifty extraordinary self-portraits, has been admired by generations; this, along with hundreds of photographs taken by notable lens artists such as Edward Weston, Manuel and Lola Álvarez Bravo, Nickolas Muray, and Martin Munkácsi, made Frida Kahlo an iconic image of 20th century art.

After an accident in her early youth, Frida became a painter of her own free will. Her marriage in 1929 to Diego Rivera placed her at the forefront of an artistic scene not only in the cultural Renaissance of Mexico, but also in the United States. Her work garnered praise from the poet André Breton, who added the Mexican painter to the ranks of international surrealism and exhibited her work in Paris in 1939, to the admiration of Picasso, Kandinsky, and Duchamp.

This large-format XXL book allows readers to admire Frida Kahlo's paintings as never before, some in formats that go beyond the original works, interacting with famous photographs. It presents pieces in private collections that are difficult to access for the general public and even reproduces works that were previously lost or have not exhibited for more than 80 years. The volume presents the most extensive study of Frida Kahlo’s paintings to date, including some that have never been written about before.

The reader will find in this book a seductive account of Frida Kahlo’s artistic career. We access the intimacy of Frida’s affections and passions through a selection of drawings, pages from her personal diary, letters, and an extensive illustrated biography featuring photos of Frida, Diego, and the Casa Azul, Frida’s home and the center of her universe.
Verkooppunten Zoek op plaats of postcode
Lees meer Lees minder NL