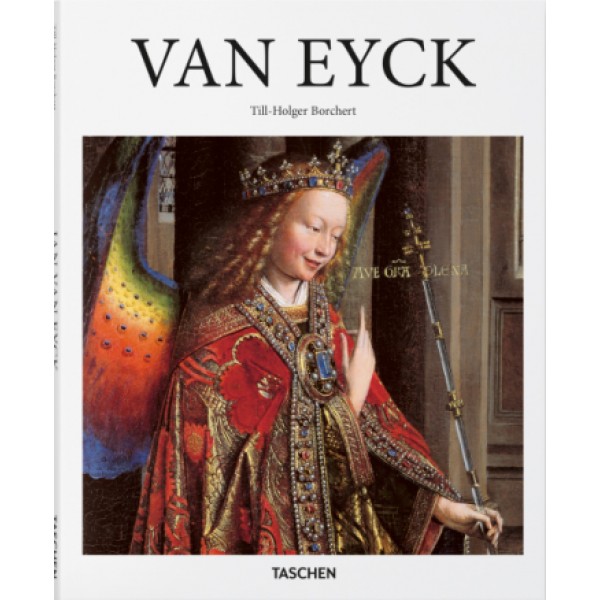 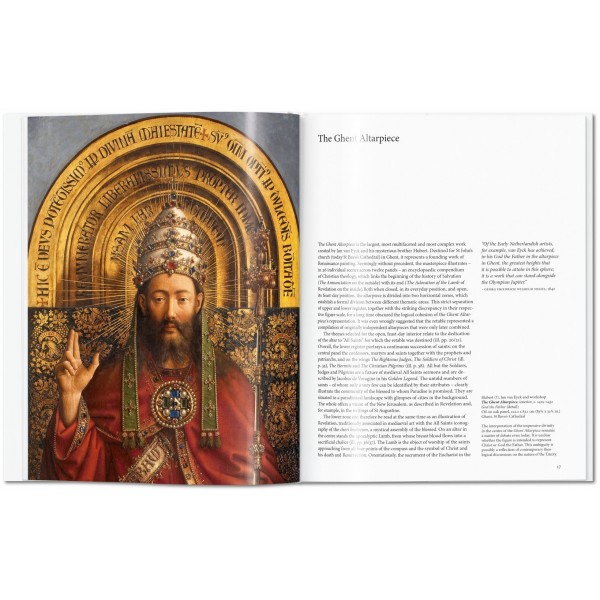 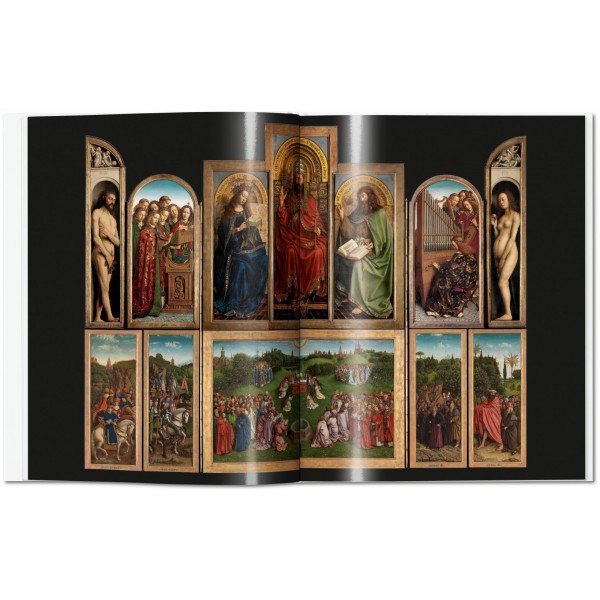 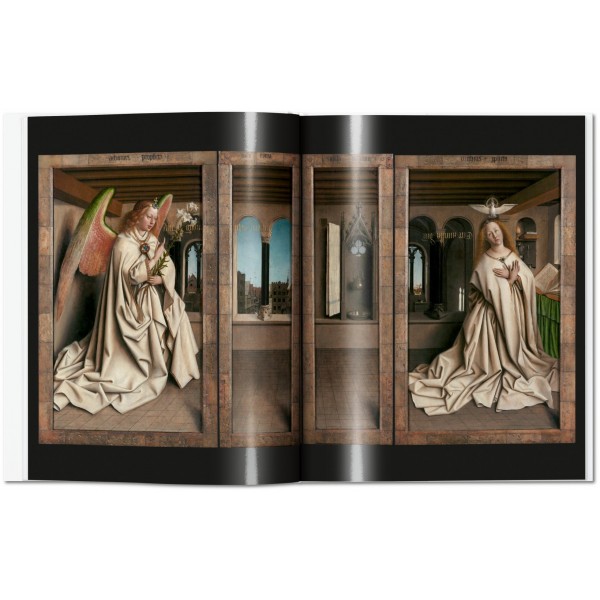 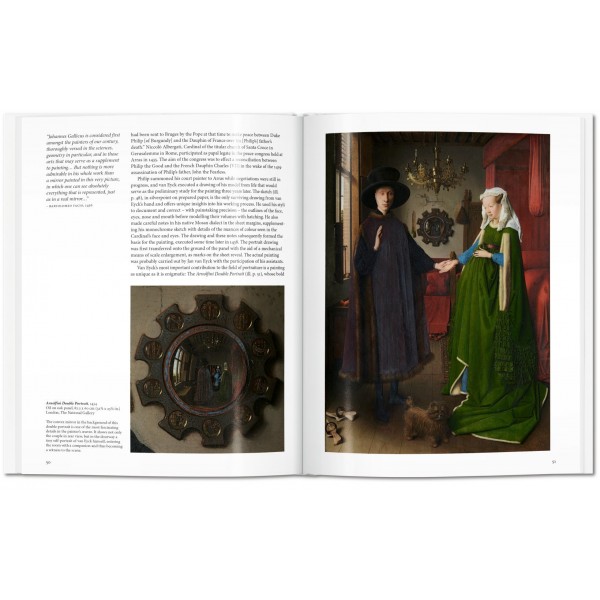 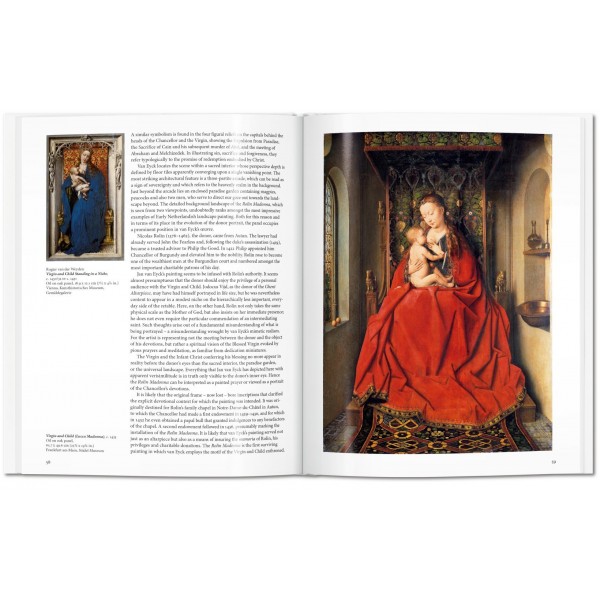 978-3-8365-4505-1
€ 12,00
Omschrijving
Often imitated but never equaled, Jan van Eyck (c. 1390-1441) left an indelible impression on Renaissance art and paved the way for future realist painters. With its unprecedented precision and masterful use of color, The Arnolfini Portrait, depicting the wedding of a young couple, is testament to the mastery of Flemish painter, leader of the Early Netherland School. Van Eyck painted both secular and religious subject matters, emphasizing a Naturalism and Realism that moved seamlessly between 15th century everyday life and poetic, heavenly settings. Working with oil paint, he innovated the medium, allowing for great intensity and depth of color.

Trace the artist’s impressive oeuvre in this hardcover survey of his work, including altarpieces, single panel religious figures, and commissioned portraits. Featuring enlarged details and close analyses of masterpieces like The Ghent Altar, this publication also offers a chronology of van Eyck’s production, including the output of his workshop which continued even after his death.
The author
Till-Holger Borchert studied art history, musicology, and German literature at the universities of Bonn and Bloomington (IN). An acknowledged expert in Early Netherlandish paintings, he has worked as chief curator at the Groeningemuseum in Bruges since 2002 and as Director of the Bruges Museum since 2014. Borchert teaches art history at the universities of Aachen, Memphis (TN), and Middlebury (VT) and has curated exhibitions in Brussels, Rome, Madrid, and New York. He heads the Flemish Research Centre for the Arts in the Burgundian Netherlands.
Verkooppunten Zoek op plaats of postcode
Lees meer Lees minder NL