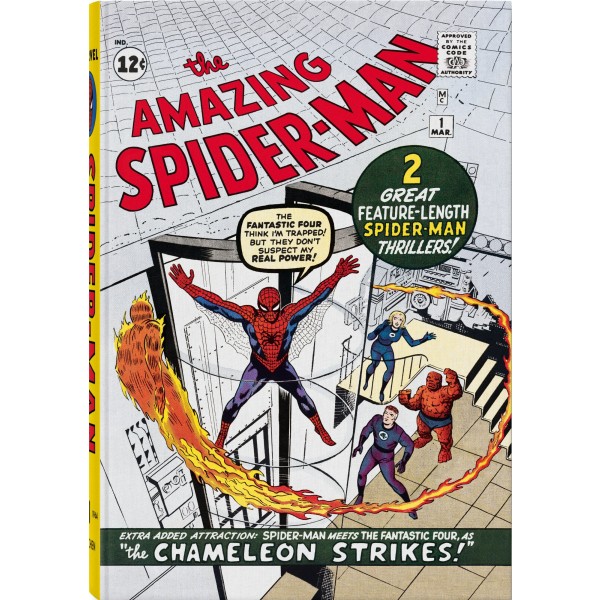 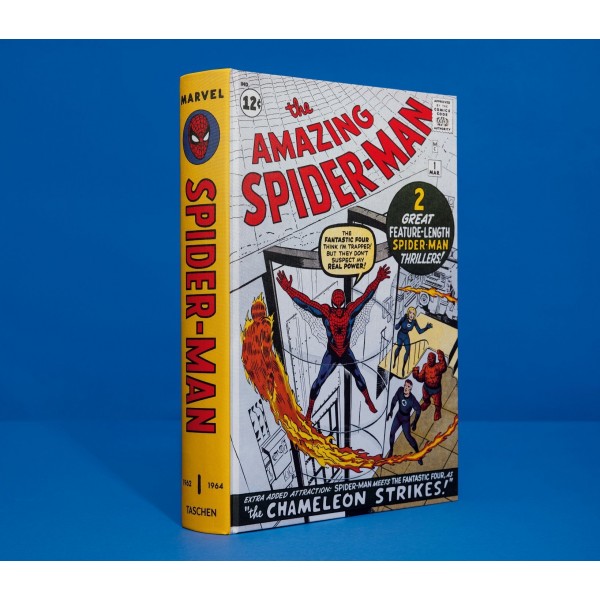 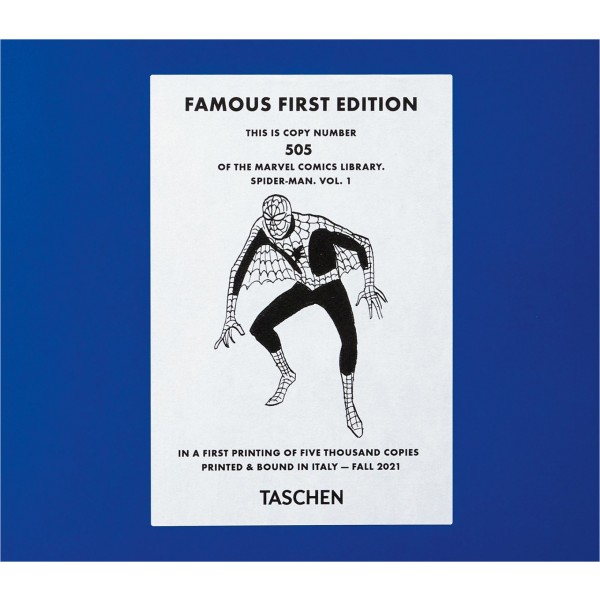 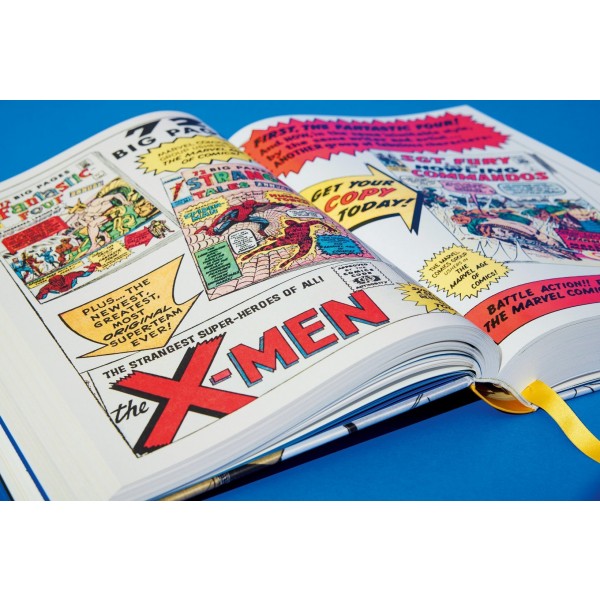 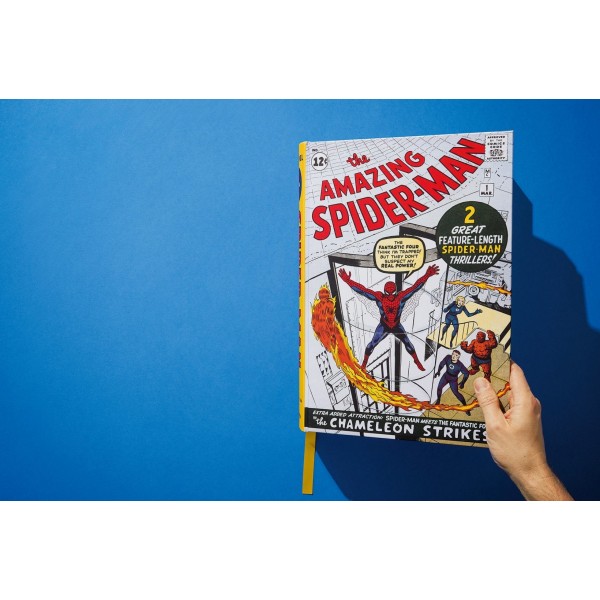 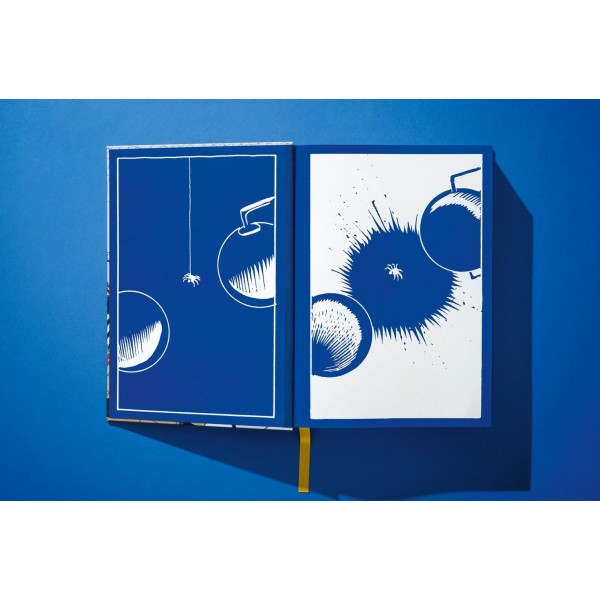 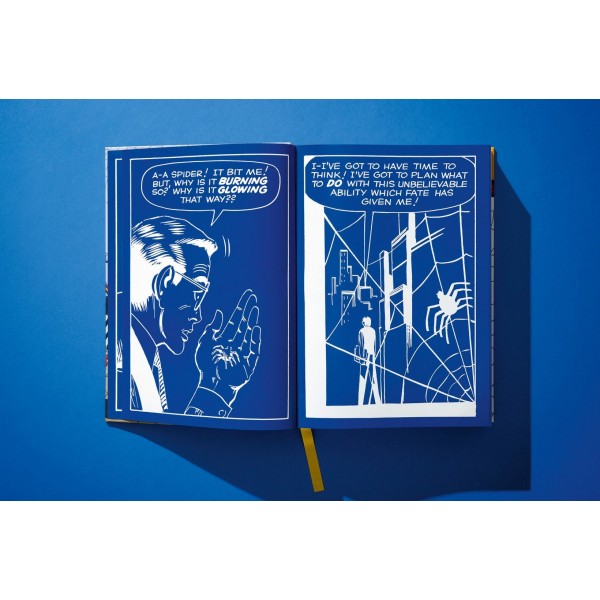 978-3-8365-8233-9
€ 150,00
Omschrijving
When Stan Lee first pitched the idea of Spider-Man in 1962, his boss was full of objections: People hate spiders. Teenagers aren’t lead characters; they’re sidekicks. He should be glamorous and successful, not a friendless loser. But Stan persisted and Martin Goodman let him give the unlikely hero a tryout in Amazing Fantasy, which was already slated for cancellation. With Spider-Man on the cover, No. 15 shot to the top of Marvel’s best-seller list for the year, and the rest is history.

Amazing Spider-Man, which debuted seven months later, broke the comics mold. Peter Parker lived in uncool Queens, was always broke, continually worried about his Aunt May, was unlucky in love, and was constantly getting yelled at by his boss, Daily Bugle publisher J. Jonah Jameson. Spider-Man had the quips and confidence that Parker lacked, but learning to use his powers wasn’t always easy. He often seemed on the verge of defeat against the rogue’s gallery of classic foes that debuted in the first couple of years: Vulture, Doctor Octopus, Sandman, Lizard, Electro, Kraven the Hunter, Mysterio, and the Green Goblin. Much of the credit for Spider-Man’s greatness goes to co-creator and artist Steve Ditko, who had a knack for portraying teenagers and their problems. His artwork infused Spider-Man with a loose-limbed energy, and, while maybe everyone was scared of spiders, Ditko made swinging through New York seem like the coolest adventure ever.

This XXL-sized collector’s dream, close in size to the original artworks, features the first 21 stories of the world’s favorite web slinger from 1962–1964. Rather than recolor the original artwork (as has been done in previous decades’ reprints of classic comics), TASCHEN has attempted to create an ideal representation of these books as they were produced at the time of publication. The most pristine pedigreed comics have been cracked open and photographed for reproduction in close collaboration with Marvel and the Certified Guaranty Company. Each page has been photographed as printed more than half a century ago, then digitally remastered using modern retouching techniques to correct problems with the era’s inexpensive, imperfect printing—as if hot off of a world-class 1960s printing press. Three different paper stocks, including an uncoated and woodfree paper, were exclusively developed for this series to simulate the feel of the original comics.