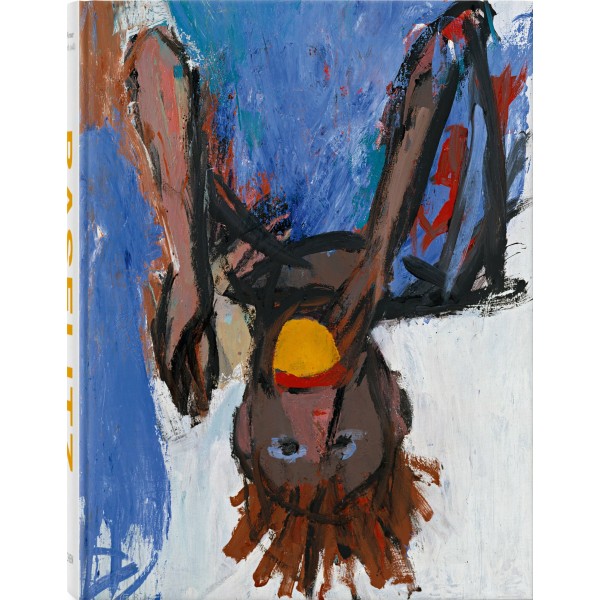 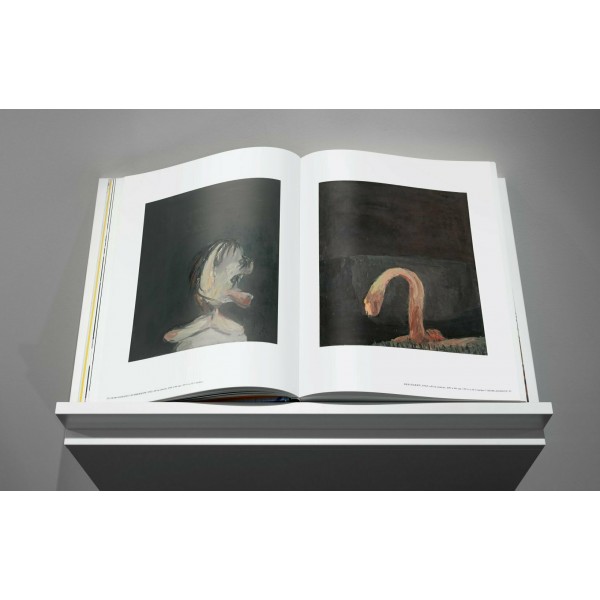 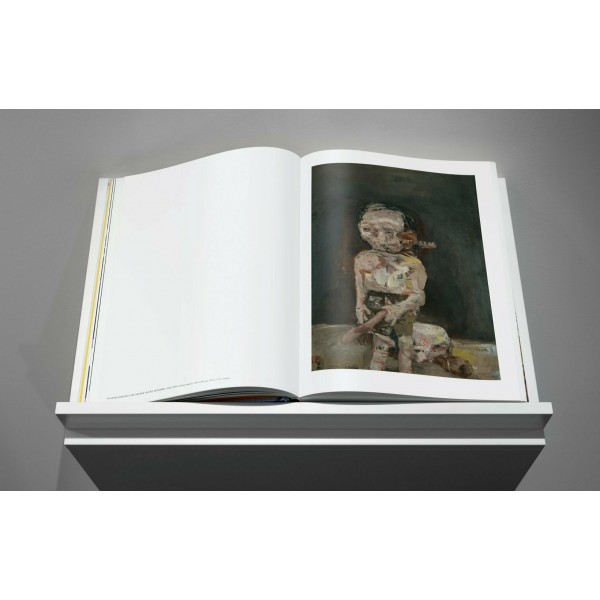 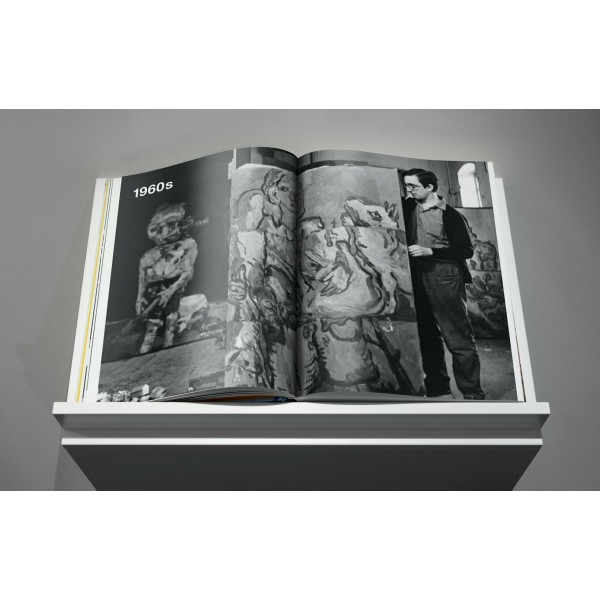 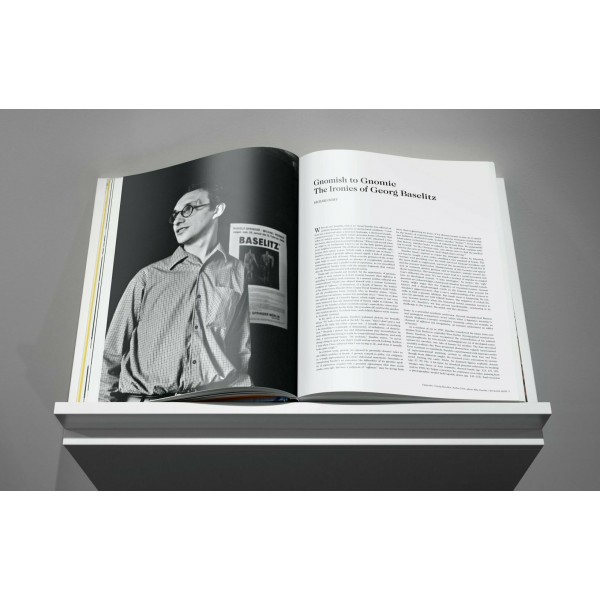 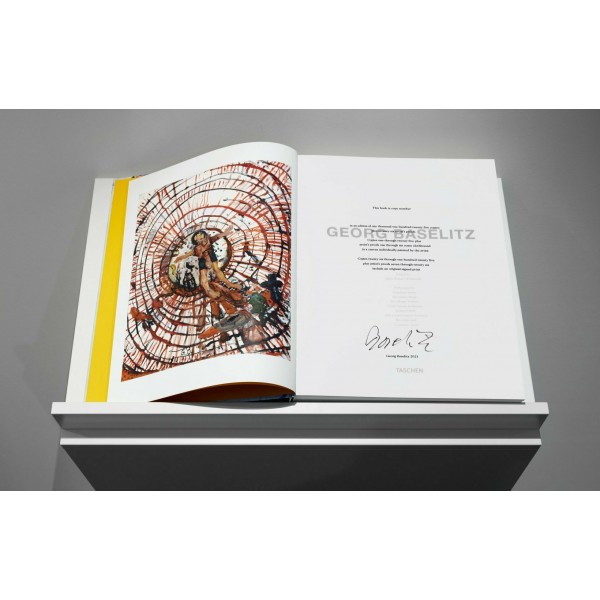 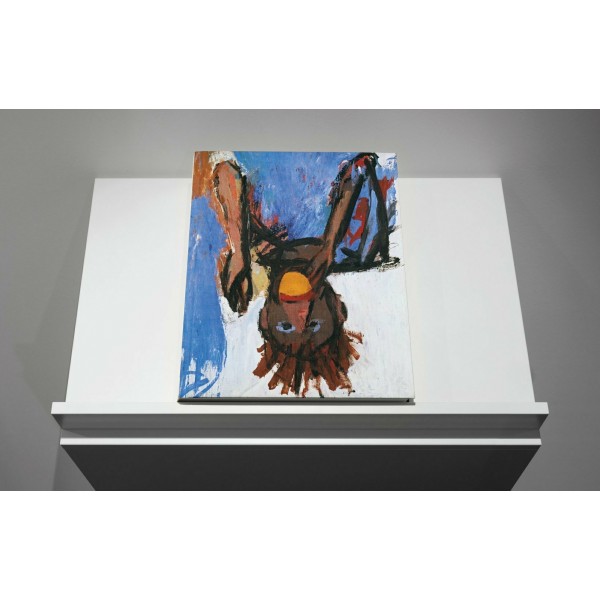 978-3-8365-7753-3
€ 1.500,00
Omschrijving
Proverbially known for the audaciously simple but game-changing strategy of painting the motif on its head, Georg Baselitz has been a consistently challenging artist since the start of the 1960s. His work is always highly charged but surprisingly diverse, starting with the existential figures of paintings such as The Big Night Down the Drain, famously removed from his first solo exhibition for indecency, and the series of “Heroes” that portrayed disabled and exposed figures in a destroyed landscape and order. More and more, the picture space itself became fractured, and by the end of the decade, the artist fully turned the world upside down: trees, factories, eagles, or nude self-portraits actually painted on their heads. This allowed him to freely paint and to engage with conceptual color schemes or off-beat themes, such as men eating oranges, memories of Soviet propaganda paintings, or more recently so-called remixes in a reengagement with his own earlier work as a dialog in time. Already a master of drawing, woodcut, and engraving,from 1980 on Baselitz also created rough sculptures hewn from wood with axe and chainsaw, then adding bronze to his materials in the late 2000s.

This oversize and most in-depth monograph on the artist’s oeuvre features large-format reproductions of more than 400 works in all media plus installation shots and portraits along with texts that approach the subject from different perspectives: a portrait of the artist and his dark sense of humor by long-time connoisseur Richard Shiff, an essay on his formation and development as a painter by critic Jonathan Jones, on the sculptural work from his scandalous success at the Venice Biennale 1980 by art historian and curator Eva Mongi-Vollmer, on his artistic strategies by art historian and curator Carla Schulz-Hoffmann, a collection of small literary texts relating to the artist’s use of myth and history by author and director Alexander Kluge, and a studio conversation with the art journalist Cornelius Tittel. Statements from the artist through the years and an illustrated biography complete this unprecedented survey of Georg Baselitz’s work.