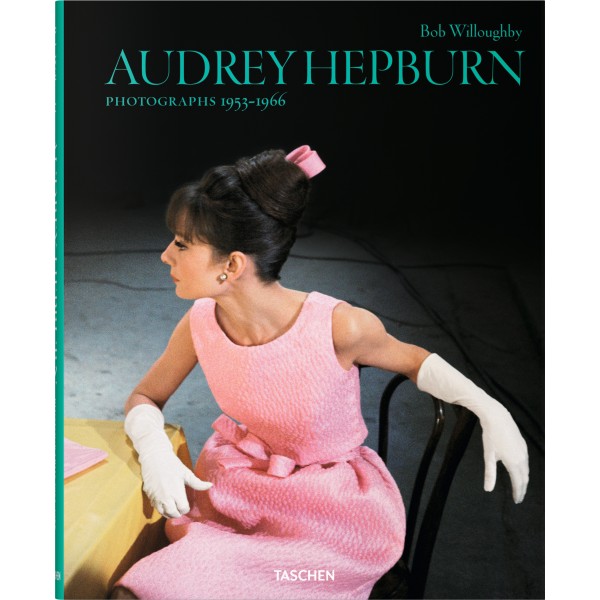 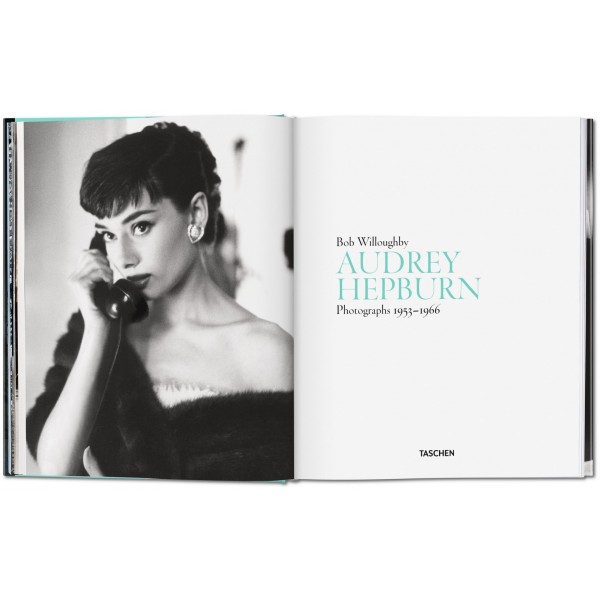 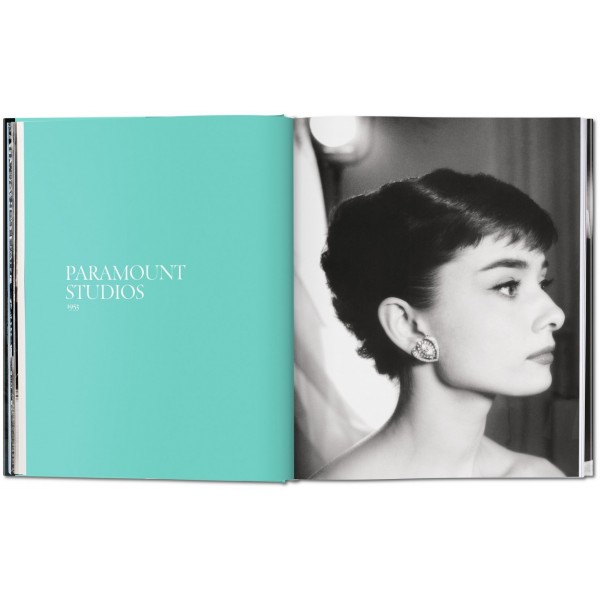 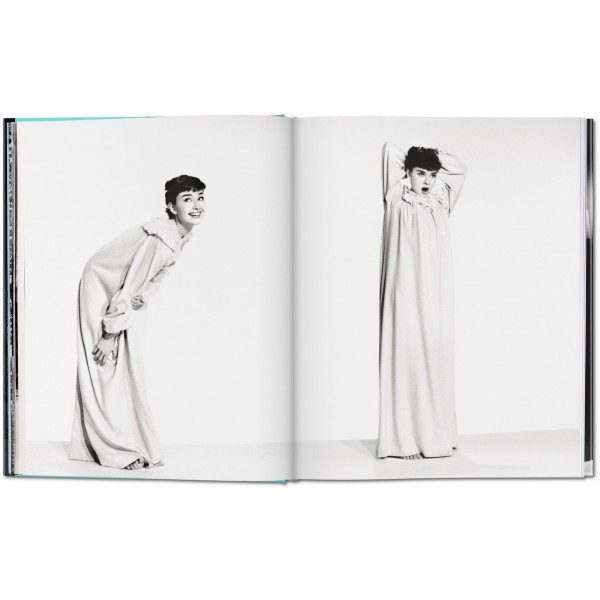 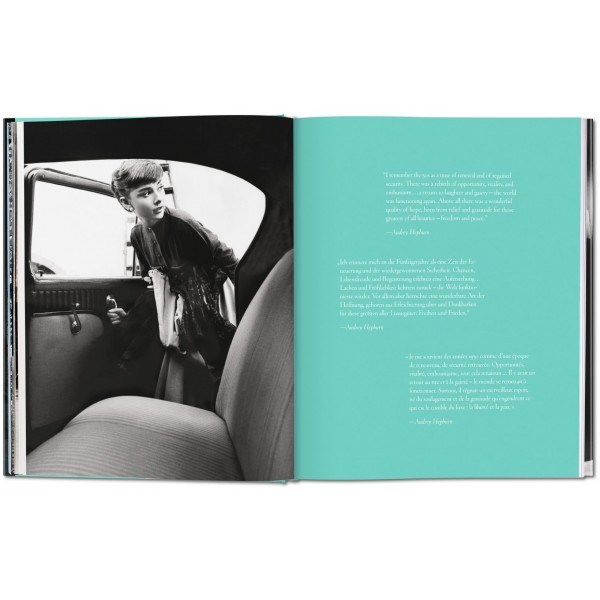 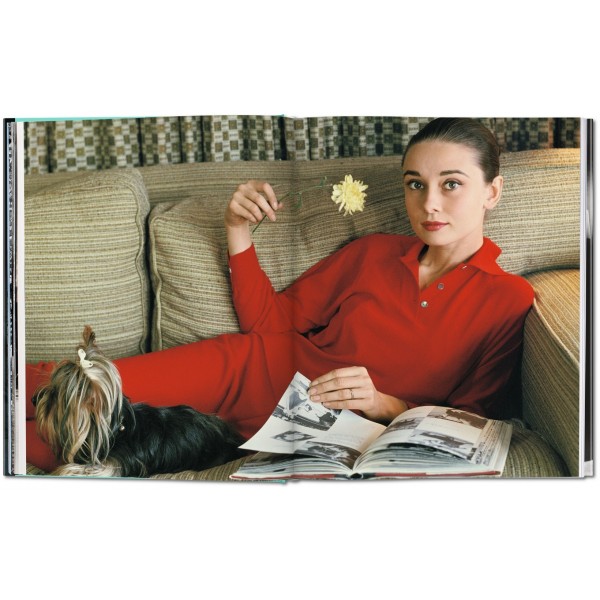 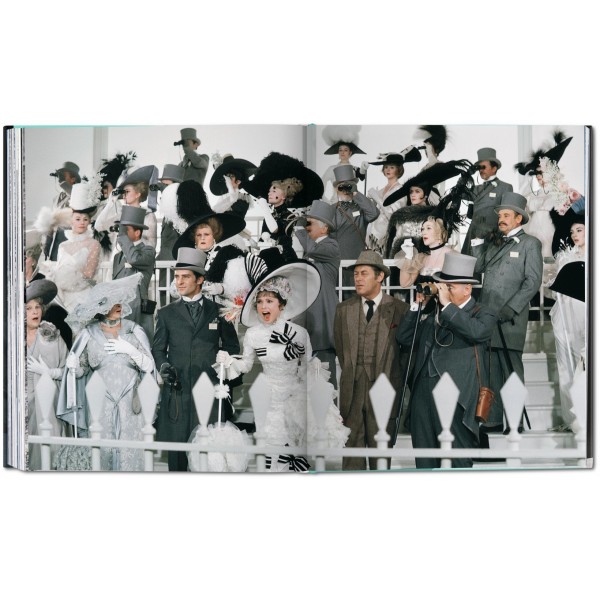 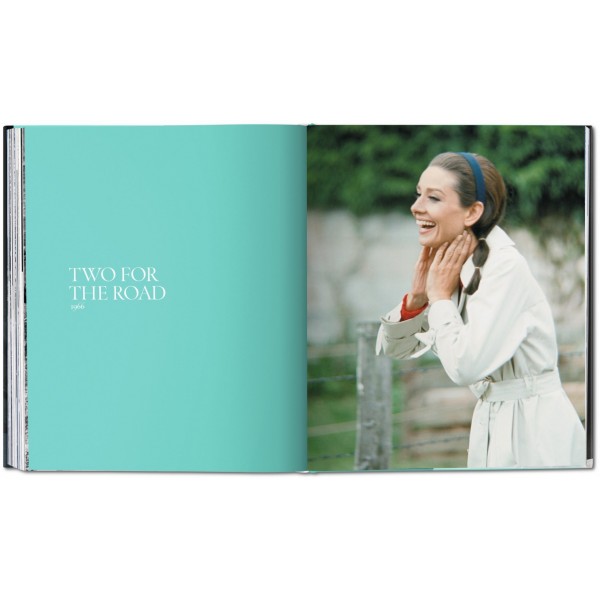 978-3-8365-5449-7
€ 30,00
Omschrijving
In his distinguished career as a Hollywood photographer, Bob Willoughby captured Marilyn Monroe, Elizabeth Taylor and Jane Fonda, but remains unequivocal about his favorite subject: Audrey Kathleen Ruston, later Edda van Heemstra Hepburn-Ruston, best known as Audrey Hepburn. Willoughby was called in to shoot the new starlet one morning shortly after she arrived in Hollywood in 1953. It was a humdrum commission for the portraitist often credited with having perfected the photojournalistic movie still, but when he met the Belgian-born beauty, Willoughby was enraptured. “She took my hand like… well a princess, and dazzled me with that smile that God designed to melt mortal men’s hearts,” he recalled.

As Hepburn’s career soared following her Oscar-winning US debut in Roman Holiday, Willoughby became a trusted friend, framing her working and home life. His historic, perfectionist, tender photographs seek out the many facets of Hepburn’s beauty and elegance, as she progresses from her debut to her career high of My Fair Lady in 1963. Willoughby’s studies, showing her on set, preparing for a scene, interacting with actors and directors, and returning to her private life, comprise one of photography’s great platonic love affairs and an unrivalled record of one of the 20th century’s touchstone beauties.

Bob Willoughby (1927-2009) took his first photo at the age of twelve. By 1954 his exhibitions of photographs of jazz musicians and dancers led to a contract with Globe Photos, followed by work at Harper's Bazaar. After shooting Judy Garland during the filming of A Star is Born he became the first "unit photographer"—hired specifically by movie studios to take on-set promotional "stills". The author of numerous books on photography, he lived his last years in Vence, France.
Verkooppunten Zoek op plaats of postcode
Lees meer Lees minder NL